What's on your mind?

I have been doing this for the last 7 years. You can either keep 2 accounts; one for RS3 and one for OSRS. You can play both of them together at the same time. For the GP, easily swap RS3 to OSRS gold or OSRS to RS3.

Based on the nature of Zamorak, The odd examine text after lensig is revealed, the talking perk splitting sister dawn and lensig into two separate characters and the Audio from the character herself when she turns on the player.

I believe Sister dawn may have been possesed by a Zamorakian Demon named Lensig.

Facilitate activation from books special is the first one. Also add more circles on combat bar since is very complex exsecute runeswitches on hard bosses because of limited phone speed and the time that takes from taping snf switching to bag and then coming back… is not the same from clicking and having a keyboard.. Cheers

I've never played it, and I don't really know if there's one specific thing to download or find lol

These two characters' names are an anagram of a particular players name. They were put in as a thank you at a time prior to RS being allowed to acknowledge player input.

In the begining of the walkthrough for the quest it says about a maggoty troll corpse. That's no longer there and has been replaced with fishing bait on the ground and a barrel with a hanging fish. It wouldn't let me edit so if someone could take care of that, that'd be awesome. Thanks in advanced.

I LOVE this pet! i am really new still and somehow got this Mimic and its the cutest thing! 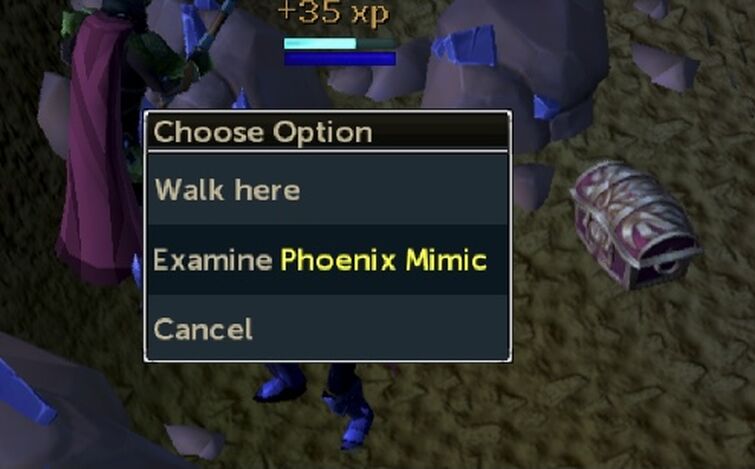 For some reason, the skill training sites/activity sites are not showing up on my map (with the exception of the paw prints). Is this a user error? Has anyone else experienced this. Any help is appreciated!

As of yet, two out of four fronts are now available in RuneScape's Elder God Wars Dungeon. Click this page to know everything you need to know about them. 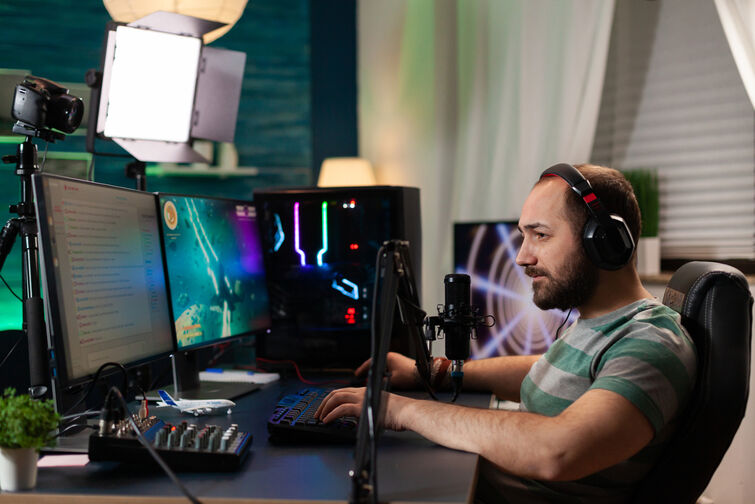 For the third time since August 2007, the world of Geilinor is open to the public for an epic year-round battle in the Elder God Wars Dungeon (EGWD). Are you ready to dive into the dark and intense ancient ruins of Senntisten? Unlike the first two God Wars Dungeon (GWD), the most powerful entities of the four ‘fronts’ are working together to attack the Holy City.

However, only two out of four fronts are currently available in EGWD. The first, Nodon Front, was released on July 26, and the second, Glacor Front, was on August 31. With the second half still yet to be announced, this page walks you through the first two mentioned fronts. Find out who are their Elder Gods and general bosses, as well as the rewards that are up for grabs once you succeed.

The first front: About the Nodon Front

War is upon us. The first attack on the Senntisten Cathedral is led by Kerapac, the bound and his army of Nodon dragonkin. They are enslaved and sent by Jas — the oldest and most powerful Elder God — to reclaim the Elder Gods’ eggs.

You, the World Guardian, must unite with the young gods to keep them from hatching and destroying Gielinor in the process. So, buy RuneScape gold online to get your materials and experience (XP) ready because Nodon Front is a battle like no other. However, you first need to reach 92 Slayer level to fight the dungeon enemies, albeit it being open to all players.

As you know by now, the said eggs are quite important because they are a collection of the Elder Gods’ ancient and powerful objects that were taken by the mortal races. So, the Dactyl dragonkin boss, Kerapac, will do whatever it takes to finish the task and serve the very god he used to fight.

Kerapac’s Staff of Armadyl and The Needle empower his myriad of attacks and surprising abilities. The former weapon is one of the 12 ancient Elder Artefacts that can slay young gods and control the relationship between nature and other elements. Whereas the second is used in shaping the creations of the Elder Gods.

While Kerapac’s health doesn’t go up, his mechanics can be adjusted accordingly. So, be prepared at all times. You can defeat him by controlling the time and with the help of the four generals who first appeared in the original GWD.

The four following generals have battlefield abilities that can give you temporary bonuses.

Succeeding in the battle of Nodon Front means defeating Kerapac, and defeating him results in getting legendary rewards from his powerful drops. They are as follows:

The second front: About the Glacor Front

Under the same objective fought in Nodon Front, Wen has summoned Arch-Glacor and its powerful ice-elemental army of glacors to unleash the second assault on the south of the cathedral. While the front is accessible to anyone, you need level 84 Slayer to fight the dungeon enemies.

Wen is the third-oldest Elder God also responsible for the world’s creation. As she is related to ice and cold, it’s no wonder that the battle seems uneasy with the freezing temperature. So, get your thick coats and boots ready because the ancient streets of Senntisten have turned into a new icy dominion.

While Arch-Glacor is also similar to Kerapac in having normal and hard mode encounters, it takes the bitterly cold battle to the next level because the former features new adjustable mechanics. It is meant to encourage players to learn and explore more different combat types. Plus, it is also important to activate all of its mechanics because they are prerequisites to access the hard mode encounter.

Like the Nodon Front, the God Wars Generals and their abilities can aid in your battle. Helwyr Cywir is the fifth commander to have joined the original GWD. As he is the leader of Seren’s army in the Heart of Gielinor, a level 80 Magic is required to face him. His gift to you is his poisonous gas mushroom ability or Wrath of Nature, as players call it. It is a taste of nature’s power that freezes the roaming glacors in their tracks.

The rewards of Glacor Front are quite challenging yet worthwhile to obtain because most of them are on the hard mode version. Here are the pieces of equipment to expect when you successfully protect the ancient city of Senntisten from Wen’s icy attack.

So, what are you waiting for, brave World Guardian? Protect Senntisten City from the powerful collaboration of the four Elder Gods. Get ready for the upcoming third and fourth fronts of the Elder God Wars Dungeon by leveling up your XP and filling out your inventory. If gold coins are the issue, then no worries because you can always buy RuneScape gold online whenever.

Can f2p still unlock that song '10+? Just a random question as it now seems to be mem only and haven't played RS in a long time.

I am so addicted to summoning familiars. While they are not as the RS3 and OSRS pets, they are actually more beneficial. My favourite is the Spirit Wolf. It is a members-only skill, free-to-play (F2P) players can train it up to level 5. So, whether you are a member or an F2P player, all new RS3 users get to encounter the spirit wolf.

This website is so outdated and has no purpose at all.