A pirate that can navigate better than a bird. 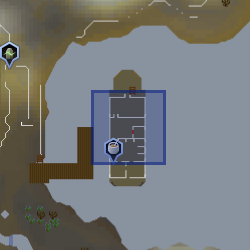 A pirate-banker. You don't see one of those every day! 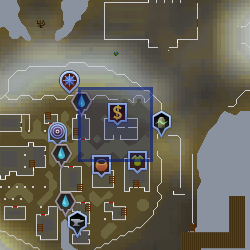 'Bird's-Eye' Jack is the navigator of the Lady Zay and a banker on Lunar Isle. He is a good friend of Captain Bentley, having known him for over 20 years.[1] He is also friends with Cyrisus.[2] He occasionally has nightmares involving tinderboxes and cheese, after the ship was previously jinxed.[3]

When the crew originally arrived at Lunar Isle, the pirates were invited to a feast, where they got drunk and offended the Moon Clan to the point where the Cabin boy was coerced into jinxing the ship into sailing in circles. A stowaway, investigating the sailing mishap, accused Jack of being bad at his job, greatly annoying Jack.[4]

He eventually parted ways with Captain Bentley and his crew to take a job as a banker on Lunar Isle, wanting a more honest life.[5] He reluctantly allowed the stowaway who had insulted him access to Cyrisus's bank account in order to help Cyrisus, giving them a chest to carry the items in. The stowaway later returned, informing Jack that Cyrisus had died defending them against Lucien.

Retrieved from "https://runescape.fandom.com/wiki/%27Bird%27s-Eye%27_Jack?oldid=24562912"
Community content is available under CC-BY-SA unless otherwise noted.