A Guild of Our Own is the third and final caper Guildmaster Darren Lightfinger will assign a player who has completed the Buyers and Cellars quest and the previous two capers, From Tiny Acorns and Lost Her Marbles.

The next bit you have to do quickly! Read it before you proceed. 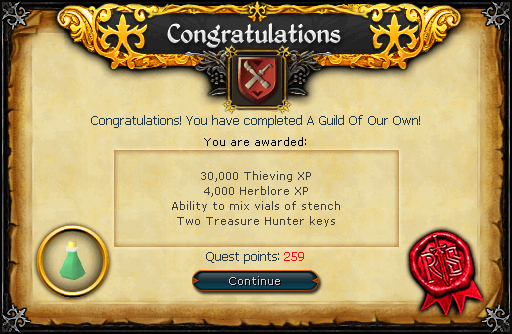 Retrieved from "https://runescape.fandom.com/wiki/A_Guild_of_Our_Own?oldid=24308850"
Community content is available under CC-BY-SA unless otherwise noted.