A Song for Khnum 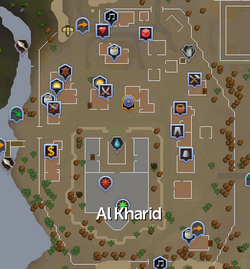 [view] • [talk]
A Song for Khnum is a music track unlocked at Al Kharid. It appears to be a sped up version of Skullery Jam. It is noteable for being an early adopter of using real instruments, as opposed to the majority of songs in RuneScape at the time, which were typically synthesised.
Retrieved from "https://runescape.fandom.com/wiki/A_Song_for_Khnum?oldid=21355271"
Community content is available under CC-BY-SA unless otherwise noted.