"Ability book" redirects here. For the items that unlock abilities, see codex.
Abilities are a set of combat commands for Attack, Strength, Defence, Constitution, Ranged, and Magic. Abilities form the basis of combat following the Evolution of Combat, and cannot be used in Legacy Mode combat.

Each skill has a menu of abilities, found in the Powers menu, which can be dragged outside as part of an interface setup.

Abilities come in a wide variety of types; some allow players to deal extra damage, heal themselves, stun their opponents, or many other things. When an ability is used, it cannot be used again for a specific amount of time (its cooldown), and other abilities cannot be used for 3 ticks (1.8 seconds; the global cooldown). Constantly using abilities seamlessly is generally the most effective form of combat.

A player can use abilities directly from their interface, or place them onto their action bar for quick access and the ability to use them with a keybind. Basic abilities placed in the first 9 slots of the primary action bar are used automatically when Revolution is enabled.

Abilities are laid out by combat skill, out of Attack, Strength, Ranged, Magic, Constitution and Defence. Most abilities have a skill level requirement to be used, and most have an equipment requirement - for example, Slice requires a main-hand melee weapon, and Bash requires a shield.

Unlike auto-attacks, abilities do not normally consume ammo or runes. However, they will be consumed if a passive effect is triggered, such as the secondary effects of enchanted bolts or Ancient Magicks.

There are three classes of abilities: Basic, Threshold, and Ultimate. There are also auto-attacks, which occur when not using an ability, and Special attacks, which are defined by specific weapons. Abilities generate and consume adrenaline during the flow of combat.

The damage done by abilities is usually a percentage of a player's ability damage, which is determined by weapon/spell damage, skill level, and weapon speed.

Nearly all passive effects will work with both auto-attacks and abilities, the most notable exception being Barrows equipment set effects.

Abilities that remain on the target and provide a negative effect to that target are often called debuffs. Abilities such as Combust, Debilitate, and Sever remain active on the target for several seconds. The use of further abilities will not cancel these.

icon in the combat settings tab to enable timers beneath the minimap.

After using an ability, you cannot use another ability (or auto-attack) for 3 ticks (1.8 seconds). This is the global cooldown. (This triggers from the moment of use, so after a combo attack, you can immediately use another ability.)

The vast majority of abilities are automatically unlocked once you reach the skill level required to use them. These level requirements can be seen in the Ability menus section below.

However, there are a number of additional abilities that must be unlocked by other means:

The different abilities can be found in the following four menus. In game, the combat skills Attack and Strength share a tab but are further divided into their own sub-tabs. This is also true of Defence and Constitution. Ranged and Magic each have their own tab. However, the Magic tab is further sub-divided into a sub-tabs for: magic abilities, Combat spells, Teleport spells, and Skilling spells. 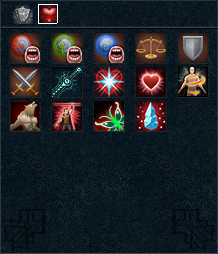 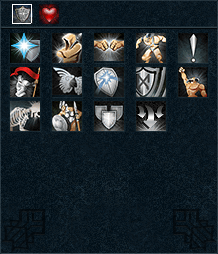 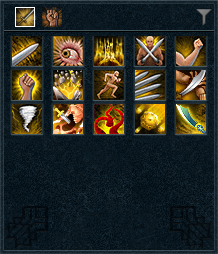 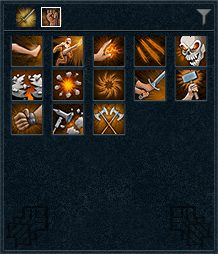 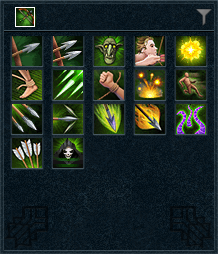 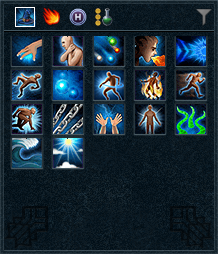 Magic abilities
Click an image to enlarge
Retrieved from "https://runescape.fandom.com/wiki/Abilities?oldid=24308676"
Community content is available under CC-BY-SA unless otherwise noted.