The exploration achievements are based around various areas of the game, asking players to complete a variety of tasks around these zones. Almost all of the sub-categories in this category offer special rewards for completing a meta-achievement: a special wearable item, experience lamps, and various bonuses in the specific area. Additionally, most achievements in this category are split into one of five difficulty types: Beginner, Easy, Medium, Hard, or Elite.

Only Lumbridge has a beginner level and no elite level, since it was the original starting area. These are the latest iteration of the original "Achievement Diaries".

The combat achievements are based around various kinds of combat, varying from fighting bosses solo, in groups, killing them often, collecting the boss pets, or general achievements related to combat.

The minigames achievements are based around the various minigames and activities in RuneScape.

The miscellaneous achievements are based around various areas of the game and also include achievements related to the boss collection log, New Varrock, and the Arc.

The first achievement set (Karamja) was released on 8 May 2007. It was originally named an Achievement Diary and had three difficulty levels: Easy, Medium, and Hard. The interface resembled that of the quest list and was actually a sub-menu of the Quest Tab. As with quests, each diary turned green once completed. Achievement diaries were later split into a separate interface tab, merged into the Noticeboard tab, and eventually put in the Hero interface in the New Interface System.

A total of six more Achievement Diaries were later released. The Ardougne Tasks, released on 20 October 2009, was the first set to have a fourth difficulty level, Elite. Elite Tasks were added to most other areas on 7 September 2010.

On 24 November 2010, the system of Achievement Diaries was changed into the Task system. The interface was redesigned, extra rewards were added, and more tasks (not considered to be part of the Lumbridge and Draynor Tasks set) were released for the Lumbridge area, meant as an introduction to the Tasks system for new players. Since then, more tasks have been periodically added to this generic set. Many of these "Miscellaneous" tasks are very simple to complete (e.g. Use the "Run" feature) and as such have a Beginner difficulty level.

On 19 September 2012 the Task System was renamed achievements.

On 18 April 2017 the interface was reworked to include the skills, PvM, and completionist achievements too instead of just exploration achievements.

On 29 August 2017 the interface was further reworked, adding a new system called RuneScore to track the player's achievement progress, adding new categories and achievements, and fixing numerous complaints with the previous overhaul. 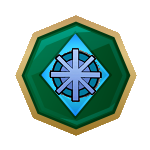 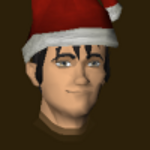