A trader from across the eastern sea. 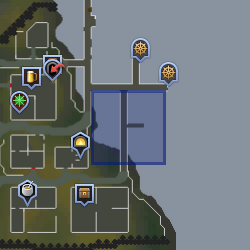 Ak-Haranu is a trader from the Eastern Lands and owner of Ak-Haranu's Exotic Shop, which sells bolt racks for use with Karil's crossbow. He plays a part in Ghosts Ahoy, when the player must obtain a translation manual from him.

Ak-Haranu is currently in Port Phasmatys, selling exotic goods to the residents of the dead city. He does not speak English very well, and does not appear to leave the Eastern Lands often. Despite this, he has heard of Robin Hood, whom he greatly admires and is currently searching for.