Not to be confused with Alan or Allan.

A druid of Guthix. 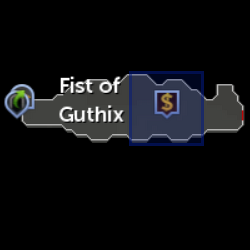 Alran's theory on how the Fist of Guthix cave was created is that the cave was created by Guthix during the God Wars as a test of people's strength. He lets people go into the cave because "it wouldn't be balanced otherwise." He regards Pontimer's and Getorix's theories as nonsense.

Retrieved from "https://runescape.fandom.com/wiki/Alran?oldid=24923202"
Community content is available under CC-BY-SA unless otherwise noted.
... more about "Alran"
RDF feed
Is members only
No +
Store location
Fist of Guthix#Lobby +