) on the world map or minimap.

Altars in generals' rooms in the God Wars Dungeon can only be used every ten minutes while out of combat. The altars grants 10 additional prayer points per god item equipped by the player that corresponds to the altar's god. Wearing a Bandos chestplate, tassets, boots, and godsword, for example, would yield 40 additional prayer points when praying to the Bandos altar.

These altars are reasonably accessible by "fast" transportation means, such as teleportations. 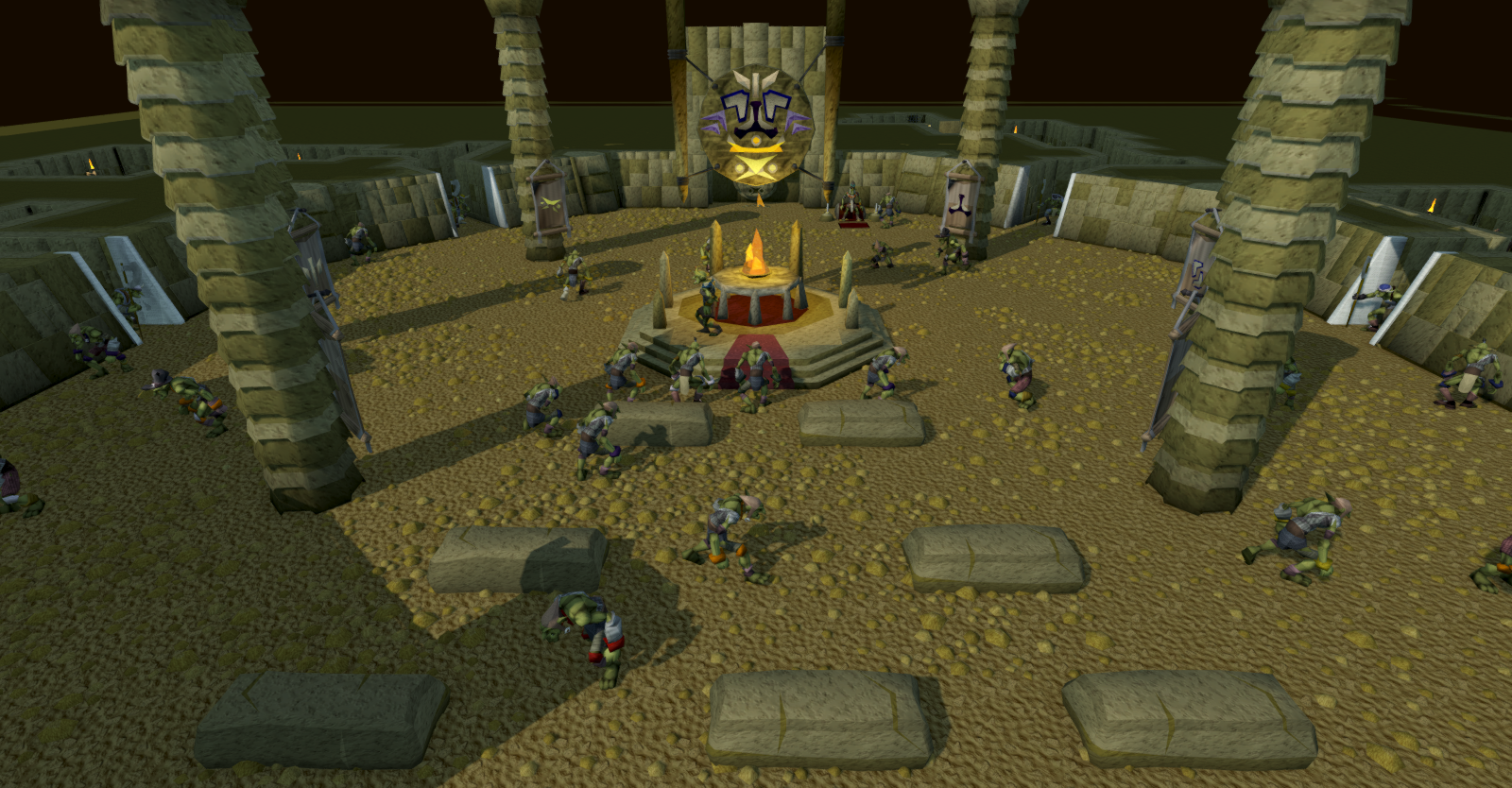 An altar dedicated to Bandos. 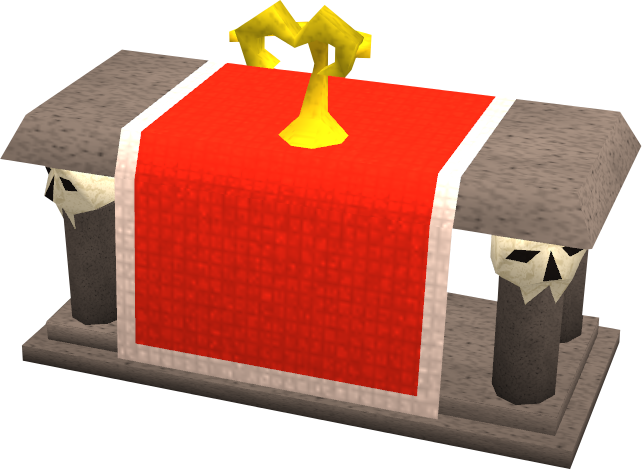 An altar dedicated to Zamorak. 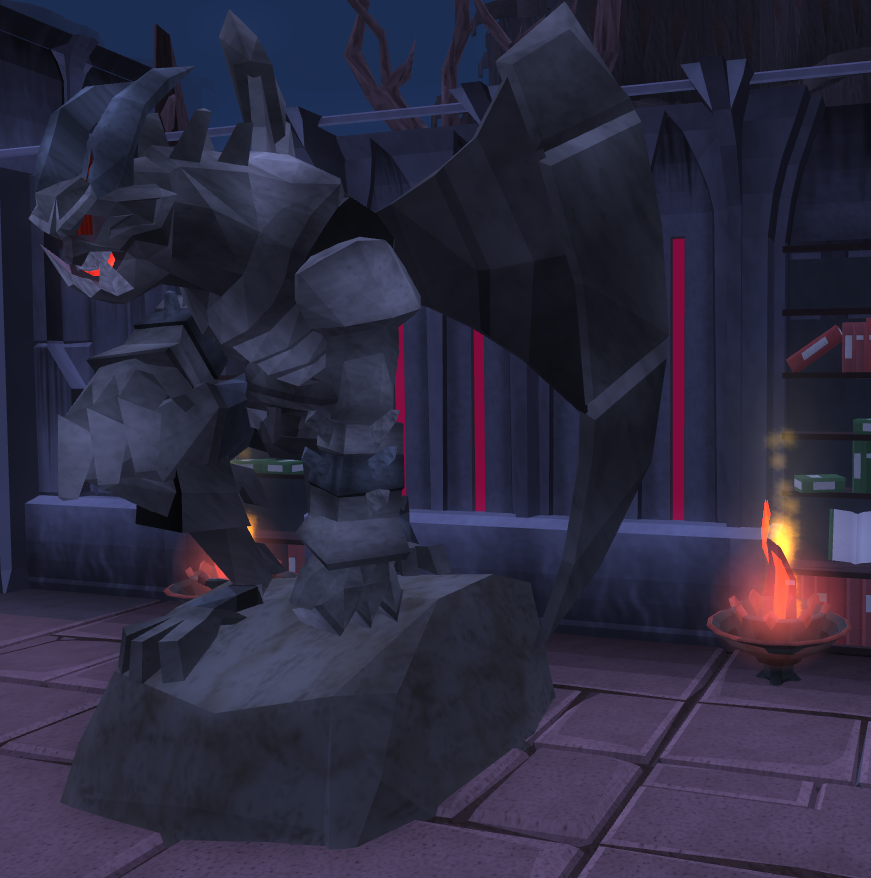 An altar for the vampyres.

The effect when using bones on an altar in a player's house.

Retrieved from "https://runescape.fandom.com/wiki/Altar?oldid=24923190"
Community content is available under CC-BY-SA unless otherwise noted.