RuneScape Wiki
Register
Don't have an account?
Sign In
Advertisement
in: Quest NPCs, Non-player characters, Another Slice of H.A.M.,
and 4 more

View source
watch 02:53
GTA: The Criminal Enterprises - The Loop
Do you like this video?
Play Sound
OS

The dwarf ambassador to Dorgesh-Kaan. 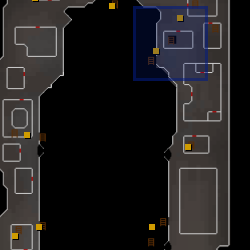 Ambassador Alvijar is a Dwarven ambassador from Keldagrim that is currently visiting the cave goblin capital, Dorgesh-Kaan. He and Ur-Tag have helped to develop the massive Dorgesh-Kaan - Keldagrim Train System which runs between the two underground cities. In the finale to the Goblin series, he refuses to let any Dorgesh-Kaan children from the nursery leave to escape the impending war between Bandos and the city.

He appears quite interested in the cave goblin way of life, although he has expressed some frustration over the goblins' refusal to adjust to more efficient methods of living and working. He feels that the dwarves' relations with the Dorgeshuun may lead to different, more peaceful relations with the goblins on the surface, although the Dwarven Consortium seem to have differing views.

Ambassador Alvijar is involved in Another Slice of H.A.M. and The Chosen Commander.