Start a Wiki
This article is about the child from Burgh de Rott. For the Zarosian woman, see Amelia (Avarrocka).

One of the village kids. 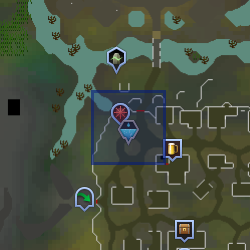 Amelia is a child in Burgh de Rott who, along with Rory, retells what happens in the Myreque quest series. She is part of a small group of NPCs that retell the story of past quests which also includes Bard Roberts and the Stanky Penguins, Ali the Wise, Gwir, and Khoochak.

She stands in front of the well just south of the gate arguing with Rory. Like most citizens, her clothes are ripped and she has some injuries. She has pale skin, unlike the adults of the village who have a more green skin tone.

Retrieved from "https://runescape.fandom.com/wiki/Amelia?oldid=24922417"
Community content is available under CC-BY-SA unless otherwise noted.