This article is about Anna Sinclair. For other uses, see Anna (disambiguation).

She's dressed in a red top and green trousers. 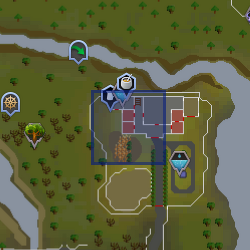 Anna Sinclair is one of Lord Sinclair's children. She is a suspect during the Murder Mystery quest. She seems to be the most common culprit of the murder, but there is no doubt that all the children were involved.

According to the Gossip, she loves sewing and gardening. At one point of time she had a relationship with Stanford the gardener, but they broke up and she tried to get him fired by killing the flowers in the garden.

During King's Ransom, you will have to free her from prison and will discover that she, along with the other Sinclair children, co-operated to kill their father since they do not like him giving out his own castle for King Arthur and moved up to a comparatively much smaller Sinclair Mansion.

The player will have to help her convince the judge on the court that she is not guilty for killing her father during King's Ransom, later to find out that she actually is guilty and along with their siblings, they are planning to retrieve the castle in Camelot.