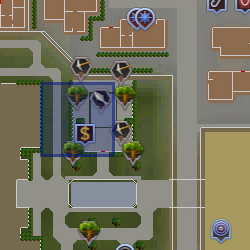 Anukat is a cat found in the VIP skilling area, north-west of the bank chest, in the Imperial district of Menaphos.

Anukat gives additional dialogue if the player is wearing a catspeak amulet or a cramulet. When spoken to, he treats the player as if they are a servant, threatening to get them fired if they do not get him a bowl of milk immediately.

Before being found and petted
Known to frequent only the most exclusive of areas in Menaphos.

After being found and petted
The famous cat-headed cat of Menaphos.