Start a Wiki
OS
This article is about the NPCs guarding Burthorpe Castle. For other examples of archers, see Archer. 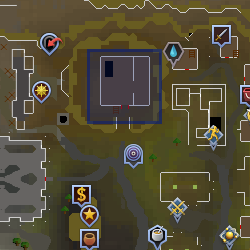 During Troll Invasion, one may lure trolls to the barricade. An archer there will shout "VOLLEY!" causing some other, unseen, archers to fire at the trolls in waves of arrows, until their health reaches approximately 20%. So far, recorded damage dealt by the volleys will vary anything between 0 and 666 (or up to 1592 against Cliff) ranged damage.

Retrieved from "https://runescape.fandom.com/wiki/Archer_(Burthorpe)?oldid=24563720"
Community content is available under CC-BY-SA unless otherwise noted.