Start a Wiki
OS
This article is about the troll. For other uses, see Ash (disambiguation).

Human is his specialty. 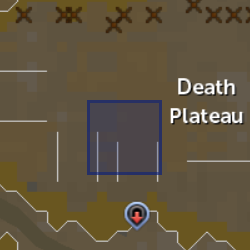 Ash is a troll chef on Death Plateau. Trolls are named after the first thing they eat, so he probably ate ashes. Ash stands next to Dung at the centre of the Plateau just in-front of the Cooking pot they both maintain. He sometimes argues with Dung about the best way to prepare human for lunch. Ash argues that humans taste better when boiled into stews. When the player searches the Cooking pot in My Arm's Big Adventure the troll cooks attack with weak ranged attacks, hoping to put you in the stew for dinner.

Retrieved from "https://runescape.fandom.com/wiki/Ash?oldid=24562362"
Community content is available under CC-BY-SA unless otherwise noted.