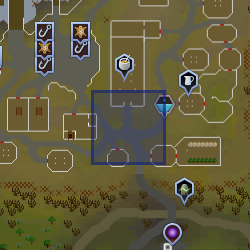 Askeladden (Fremennik name Larravak) is a boy who is featured in The Fremennik Trials and The Fremennik Isles quests. He can usually be found just outside of Rellekka's longhall.

He gives away pet rocks during and after the quest. He is also found on Waterbirth Island, on a large snowy hill that must be accessed from a ladder in Waterbirth dungeon's central room on the first sublevel. While on Waterbirth, he will trade cooked lobsters for the player's Dagannoth hides, which can be obtained by killing the dagannoths that swarm beneath the island. He also says that he will buy kegs of beer from the player for 700 coins each.

Retrieved from "https://runescape.fandom.com/wiki/Askeladden?oldid=24562398"
Community content is available under CC-BY-SA unless otherwise noted.