View source
OS
This article is about the second in a series of music tracks. For other uses, see Attack (disambiguation).

This track unlocks in Elvarg's lair or during the Grand Tree quest. 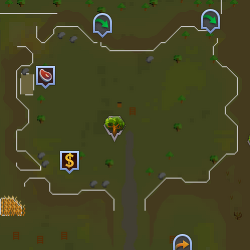 [view] • [talk]
Attack II, formerly Attack2, is a music track that is unlocked at the Grand Tree or in Elvarg's lair in the Crandor and Karamja Dungeon. During the Dragon Slayer quest, it is unlocked during the cutscene in which you see Elvarg moving towards the camera. During The Grand Tree quest it unlocks while fighting the black demon. It is the second in a set of six tracks known as the "Attack" series.