The Aurora armour is an override set that was available through purchasing either a £20/$25 game card or new 3 month membership subscription between 1 June to 31 July. It is not available from Solomon's General Store. On 22 October 2013, the set became available to all those who had purchased the Gold Premier Club.

The set consists of:

A player wielding the Aurora longsword 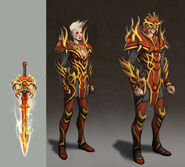 Concept art of the Aurora armour and longsword 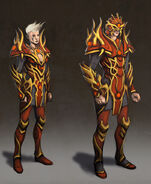 Concept art of the Aurora armour
Click an image to enlarge

Retrieved from "https://runescape.fandom.com/wiki/Aurora_armour?oldid=25382508"
Community content is available under CC-BY-SA unless otherwise noted.