He looks short and grumpy. 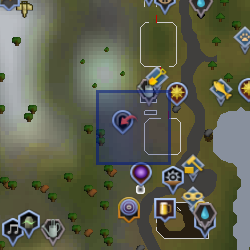 Austri is one of the two dwarves you can start the Fishing Contest quest with, along with Vestri. He guards the passage under White Wolf Mountain. His name is based on the word 'east' since he is on the eastern side of the White Wolf Mountain underground passage. The cave is to the west of the flax field north of the Taverley lodestone.

Austri explains that he doesn't let just anybody down into his tunnel.

Retrieved from "https://runescape.fandom.com/wiki/Austri?oldid=25382479"
Community content is available under CC-BY-SA unless otherwise noted.