It has 'Da-vi' engraved on its chest. 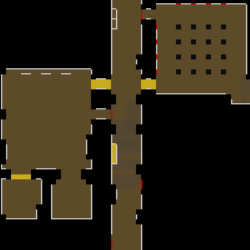 The automaton, also known as Da-vi, is found in Elemental Workshop IV after powering up the Cosmic machine. Once you solve the puzzle, he will be powered up by operating the draining machine and will move onto the next room to open the doors for you.

He is given orders in a rudimentary computer system that consists of an "address" and "command" block. The address block instructs the automaton where to go and the command block tells which action to perform there.

Retrieved from "https://runescape.fandom.com/wiki/Automaton_(Da-vi)?oldid=25382313"
Community content is available under CC-BY-SA unless otherwise noted.