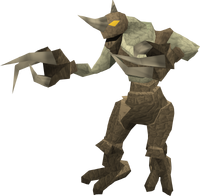 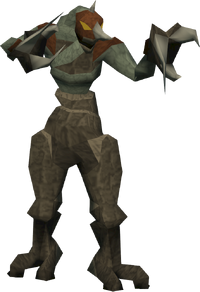 Baby tanglefootii are located in the shady grove in Zanaris, beside the Cosmic Altar. They are a weaker version of the Tanglefoot monster, which is fought during the Fairy Tale Part I quest. They can only be damaged by magic secateurs or recoil damage.

Retrieved from "https://runescape.fandom.com/wiki/Baby_tanglefoot?oldid=24927346"
Community content is available under CC-BY-SA unless otherwise noted.