? (edit)Don't get on the wrong side of him, or his maul.Prefers pineapple pizzas.Easily fired up, metaphorically. Could easily fire you up, literally.? (edit) 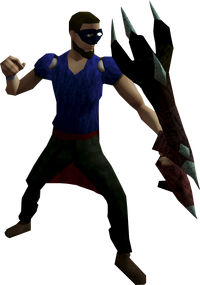 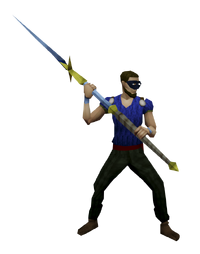 Bandit Brawlers are high level monsters that can be found in the Bandit Camp. They are aggressive to any player that is not skulled. If taken on without a skull, these monsters are capable of taking out even high level players in a matter of seconds.

They replaced the bandits upon their release, with melee variants having access to their drop table.

Only the melee variant of Bandit Brawler has access to the main and tertiary drop tables below.