He has unbelievable strength! 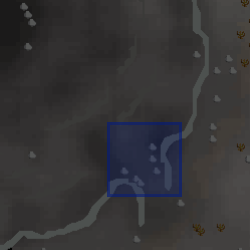 Maximillian 'The Sack' Sackville, simply known as Banker in-game, was the banker at the Wilderness Volcano before the return of Wilderness PKing. His name was revealed in the 30 September 2008 Postbag from the Hedge.

In the 30th Postbag from the Hedge, he revealed that Mandrith bullies him quite often. Mandrith does things such as banking a live shark, taping a note to his sack that says 'Kick Me Revenants' as he is walking home, and banking chinchompas and rolling him down the stairs.

At one point there was a stretching glitch with Maximillian's head. This was fixed when King of the Dwarves was released.

In the Wilderness and Free Trade FAQ, it was said that Maximillian Sackville will be moved to a different bank with the reintroduction of Wilderness PKing[1].

Retrieved from "https://runescape.fandom.com/wiki/Banker_(Maximillian_Sackville)?oldid=24920854"
Community content is available under CC-BY-SA unless otherwise noted.