Barbarian Assault's Hard mode has more Penance than regular mode, and they are tougher as well. In turn, this increased difficulty results in better rewards.

The Penance Fighters and Rangers are able to use special attacks, the poison of the Penance Healers hits harder, and Penance Runners explode upon eating the incorrect bait or dying in a trap. Instead of a Queen at wave 10, hard mode has a King, killing which is required to purchase Insignias.

To unlock this mode, you will have to complete Waves 1-10 of Normal mode—completion before hard mode was released does not count.

First thing's first: start with the right equipment for a successful run of hard mode. The pocket slot is taken by your Role's icon, but all other slots are available to use.

In general, Ranged with Chinchompas is the best DPS for hard mode. However Magic users can still perform quite well.

Since you're not attacking, you instead need armour that gives the best possible defence against Melee and Ranged attacks. Thus, Melee armour is your best option. Refer to this article for a more detailed explanation of the Combat triangle and how armour bonus works.

Notes: Death Lotus darts are not recommended for those not in the Attacker role due to their extremely short range; Sagaie are preferred for their exceptionally long range. It is advised for the Attacker to bring both chinchompas as well as a high level one-handed ranged weapon to go after stragglers. It is advised for the Healer, Collector, and Defender to bring Ranged armour switches so as not to lose accuracy when the Penance King is around; refer to the recommended Attacker equipment to find the setup right for you. For those not in the Attacker role, only armour bonus matters, in order to tank as much damage from the Penance as possible before the King arrives.

Regardless of role, a few items are key to success.

Waves 1-9 are fairly similar to normal mode, so refer to the Normal mode guide for the basic idea. Important differences in tactics, however, are noted here.

NOTE: An alternative to this strategy could be the healer firing green eggs at the attacker while the collector fires a green egg at the defender 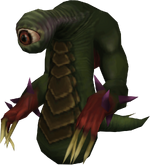 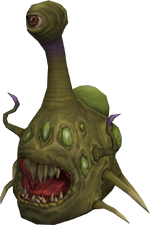 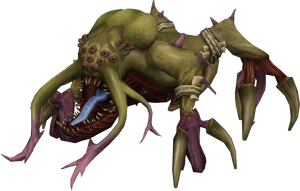 Wave 10 starts like any other wave. After 12 call changes (30 seconds each: 6 minutes total), the Penance King arrives. Do your very best to get your share of the Penance dead by then, because it becomes exponentially more difficult to clear them with the King running around. Until the King arrives, behave like it is any other wave. Once he arrives, you will no longer have access to the cannons or the Horn of Glory. Additionally, the King spawns that pop up will explode at you with a 3 square radius of damage—if you are in that radius, you will lose 25% of your maximum life points. Note that damage-reducing items such as spirit shields do reduce this damage, though since it is typeless, armour bonus alone will do nothing.

Once your Penance are dead, you should run all the way to the east wall, with the exception of the Healer, who stays at the spring. This way, the King only sees the Healer when he spawns; it is the Healer's job to tank the King at the spring while feeding it 5 Poisoned meat in order to spawn the flamethrower items.

With the use of Resonance/Preparation and their thirst-quenching spring, the Healer tanks the King's hits while the other players wait for them to feed the King and produce 5 items. During these items being produced, the Healer picks up their Rusty buckets and processes them by using them on the puke, creating 5 Buckets of acid. The Healer then leads the King to the Deposit point on the west wall, then back to the spring to heal, then to the safespot* (the square west of the southwest stairs), and only then does the Healer tell the other roles to get their items and process them on the east wall.

Only one person from the doubled up role (usually Attacker) should get that role's items. While it has been patched since the release of hard mode, it is still possible for each person in the role to deposit in the same tick and glitch the items into cancelling each other out, costing the team several stressful minutes while the Healer makes the King regurgitate more items.

Once the other three roles have processed their items, they deposit them on the west wall, by which time the Healer has lured the King from the safespot back to the spring and at which point flamethrowers become available from the deposit point.

Now that all the roles have flamethrowers, each person must attack the King, preferably with a Ranged weapon, to make him drop a Scroll. Making sure to activate Resonance or Barricade in case the King notices you as you run up, grab your scroll from the ground and get away from the King. Inspect your scroll to find one of five words: Exuro, Debilito, Labefacto, Flamma, or Ignis. You will now see these same five words on your screen; they must be clicked, or called, in the correct order. E.G. if the order is Debilito, Labefacto, Ignis, Flamma, Exuro, the person whose scroll says Debilito must click on Debilito on their screen first; the person whose scroll says Labefacto must click on Labefacto on their screen next, and so on. When a word has been called correctly, it will become silver on the screen.

Once all five words have been successfully called, the King will become vulnerable to the flamethrowers for a short time. Everyone should immediately start attacking the King at this point, with their flamethrowers equipped—this is a good time for the Healer to heal everyone up. A good, practiced team can reduce the King's life points from 3.14M to ~1.8M by the time he breaks out of his vulnerability. You will know the King is about to lose his vulnerability when his front legs move and cracks appear on the ground. Immediately run 3+ squares away to avoid being hit 33% of your maximum life points. Now, the King is mad, and instead of hitting players for 25% of their life points, will hit them for closer to 35% of their life points (the spawns still hit 25%). After getting more scrolls and calling the words a second time, the King can be reduced to about 500K life points. The King will now hit you for 50% of your life points. Repeat the "scroll-and-toast" process one last time and finish off the King.

Note: If teammates repeatedly take too long to start attacking the King once he is vulnerable and the King's life points are not reduced to below ~1.1M by the end of the second "scroll-and-toast", this will necessitate the team getting a fourth scroll from the King, during which time making the mistake of getting hit by the King is very likely to result in death; extreme caution must be taken if this happens.

Once you successfully reduce the King's life points to 0, he will die and you will have beaten Barbarian Assault Hard Mode. Congratulations! 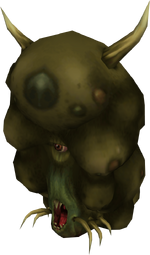 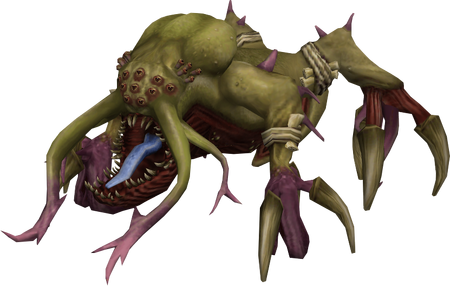 Retrieved from "https://runescape.fandom.com/wiki/Barbarian_Assault:_Hard_Mode/Strategies?oldid=23051731"
Community content is available under CC-BY-SA unless otherwise noted.