A fallen leader of the Menaphos workforce. 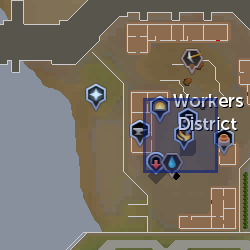 Batal (Worker) is the faction leader of the Worker district in Menaphos. He is first met during The Jack of Spades quest. After the player is sent to meet him by Commander Akhomet, the Jack of Spades steals his coin purse.

His past is slightly revealed during the quest, where he attempted an uprising against the Pharaoh but failed. As punishment, both of his hands were cut off, and he is a living example of what would happen to those that dared to defy the Pharaoh. Ozan reveals that in the past, he cared for his fellow workers, but after the failed revolt, became one of the Pharaoh's collaborators.

Batal cares greatly for his fellow workers, which is why he attempted the uprising in the past. In 'Phite Club, the player meets with him to secure workers for Wadud. Batal is skeptical of the success of Osman's coup (since his attempt failed), but agrees to join as long as his fellow workers are able to retire. He explains to them that unlike other places where people could retire whenever they want, Menaphite workers required an imperial signet from the Pharaoh in order to do so. After the player acquires several imperial signets from Commander Akhomet, he is pleased and gives the player a worker's certificate to give to Wadud.

Batal has been part of the system as long as anyone can remember, born in the gutters of the golden city and bound to a life of servitude in the worker's quarter. Upon achieving adulthood, he had endured enough to compress the exuberance of his youth into a dense ruby, searing with anger and injustice at the life that was forced upon him.

Batal sought understanding with steadfast resilience and immeasurable passion, winning the adoration of his brothers and sisters. He had so much to lose, and the first target of his oppressors was what he had built his existence with and around. Robbed of his pride and both of his hands in the name of discipline, he found the only refuge left for him with his people. He found it easier than ever to rise through the ranks, as he represented exactly what would happen if the upper class were defied, and the Pharaoh felt it necessary to hold that banner aloft.

Only time can tell if he can make headway in carving out a place for his people. 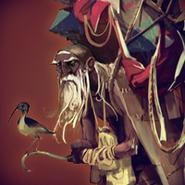 Concept art of Batal.
Click an image to enlarge

Retrieved from "https://runescape.fandom.com/wiki/Batal_(Worker)?oldid=24565824"
Community content is available under CC-BY-SA unless otherwise noted.