A botanist in training. 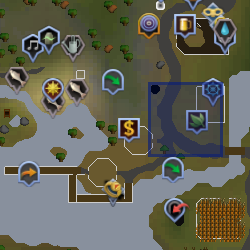 Bettamax is a druidess who was introduced with the Herblore Habitat update on 24 November 2010. She sells juju teleport spiritbags in the shop that she owns and operates, Bettamax's Shop. She can be found in Taverley just northeast of the southern bank, in front of the mill. She also has a pet named Wilbur.