If you haven't yet completed The Giant Dwarf quest, you will need to talk to the dwarven boatman to visit Keldagrim for the first time, after which you can take the mine carts from Grand Exchange to the city; the boatman is at the entrance upon first crossing the water.

Prepare to fight a level 50-56 enemy, along with your gold helmet. Be sure to have 6-15 free inventory spaces for collecting gold ore. 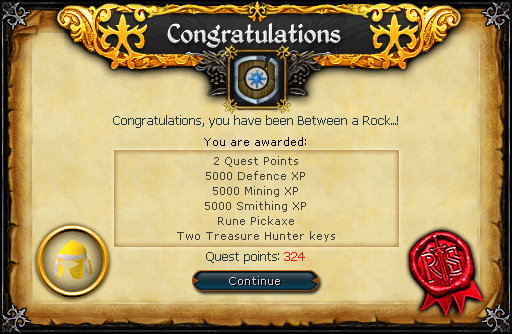 Retrieved from "https://runescape.fandom.com/wiki/Between_a_Rock.../Quick_guide?oldid=22596507"
Community content is available under CC-BY-SA unless otherwise noted.