The bloodwood tree is a tree that grows only in places of bloodshed such as the Wilderness or places related to a combat quest. The tree provides bloodwood logs, used in making bakriminel bolts. This requires level 93 Fletching, which may be assisted. The logs and bolt shafts themselves cannot be taken too far from the tree, or they will turn into dust.

Bloodwood trees typically yield a very small number of logs, usually 1-2 before being felled down. However, those in the Wilderness are significantly stronger and are likely to give more logs compared to their non-Wilderness counterparts; the deeper the tree is in the Wilderness, the more logs it is likely to give, in addition to having a higher minimum amount of logs yielded. Upon being cut down, there is a six hour waiting period before the tree regrows. Having a high-quality hatchet, along with the Lumberjack aura and Nature's sentinel outfit can increase the amount of logs gained from the tree. [1]

Bloodwood trees, similar to Farming trees, are instanced for the player to chop. However, they are not world-instanced, so once a tree is felled, the tree on that location for all worlds is cut down.

There are eight bloodwood trees in RuneScape (though only seven are available as Mami Rimba won't let the player use hers, which is located north-west of Edgeville). The location of the trees are marked on the world map and the minimap with a red tree symbol. 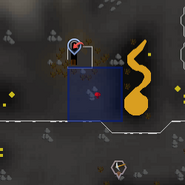 South of the Pirates' Hideout. 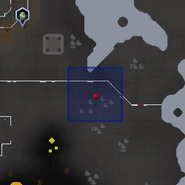 North-east of the Demonic Ruins. 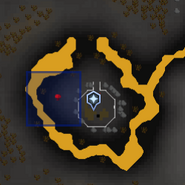 Next to the Chaos Temple
Click an image to enlarge 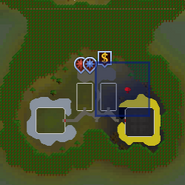 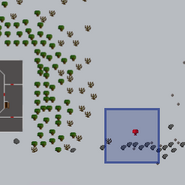 The Ritual Plateau (after Ritual of the Mahjarrat) 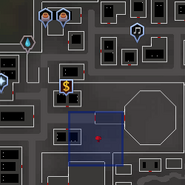 Note: If the player hasn't completed the relevant quest, they can still see the tree, they are just unable to cut it down.

The Bloodwood tree in Darkmeyer.

The Bloodwood tree at the Mahjarrat ritual site.

A Bloodwood tree bleeding after it has been chopped down.
Click an image to enlarge

Retrieved from "https://runescape.fandom.com/wiki/Bloodwood_tree?oldid=22846957"
Community content is available under CC-BY-SA unless otherwise noted.