Start a Wiki
OS
This article is about the spell. For the lighting effect, see Graphics settings#Bloom. 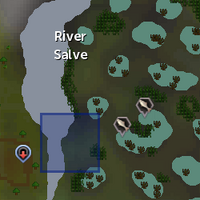 The Bloom spell is learned during the Nature Spirit quest, when Filliman Tarlock asks for a silver sickle which he then blesses.

A Blessed sickle or Ivandis flail can be used to cast Bloom on bushes, logs, and twigs in the Mort Myre Swamp to harvest pears, fungi, and stems respectively.

No runes are required for this spell, but the spell costs an average of about 30 or 40 prayer points to cast (though can always be cast as long as the player has at least 1 prayer point left). Prayer may be recharged at the Nature Grotto where Filliman Tarlock lived. The components created with the Bloom spell may be used in Herblore or may be added to a druid pouch, allowing Ghasts to become fully visible and subject to attack. There is also currently a glitch that can cause the sound effect of casting bloom to never go away until the client is refreshed.

The location shown is the best place for gaining many druid pouches quickly. It is adjacent to 2 bushes, 3 twigs, and 3 logs, for a maximum of 15 druid pouches worth of items per casting, and is north-west of the grotto next to the river.

Retrieved from "https://runescape.fandom.com/wiki/Bloom?oldid=19377530"
Community content is available under CC-BY-SA unless otherwise noted.