Botany Bay was an area in RuneScape where players were allowed to choose punishments for accounts of players found to be bots and watch them be judged in a special court system. It was released on 26 September 2012 along with the Al Kharid graphical rework, and was removed on 20 August 2018.

After a cheating, rule-breaking, botting account has been caught in the act, they are teleported to Botany Bay: a new location, hidden on a dark, foreboding island and run by the Botfinder General [...] You'll then be invited to choose one of three game-ending punishments for the offender, resulting in a brutal set of animations and a permanent ban.

Botany Bay was accessible by being teleported by a Trial Announcer who could be found in banks of major cities, including Varrock, East Ardougne, and Falador. These Trial Announcers were also removed from the game, along with the island.

The physical location of Botany Bay on the world map was north of Port Phasmatys.

Once a bot arrives to Botany Bay, it will be judged by the Botfinder General, who will deliver a scalding speech about the bot's activities in the game. At the end of the speech, he will say "The verdict is guilty. Now, you good people, pass sentence upon them, by voting."

At this point, an interface will pop up showing the three available punishments. The players will then be able to vote for the punishment in the interface by choosing the punishment and clicking Judgement which will give a chat message will confirm that the vote has been counted. In busier worlds, you might not have enough time to vote and it would not count towards the rewards.

There are 3 punishments for the bots. Once the voting period ends, the punishment that received the most votes is carried out upon the bot. If there is a tie (or if no votes are cast) then a punishment will be randomly chosen from the tied punishments. The punishments are as follows:

Additionally, players can choose to pick rotten tomatoes (available from nearby crates) and throw them at the offending bot standing on the Pillar of Judgement in the centre of the area.  Sometimes, the player's arm will "tire", and he/she must pause briefly before pelting the bot with more tomatoes. 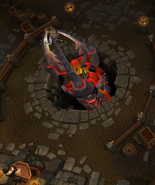 Death by being swallowed by an abyssal wyrm.

Botany Bay works on a system of 3 strikes. On each strike, an interface will pop up on the detected player's screen detailing their punishment. The strikes in order are as follows:

The interface that appears when a player gets banned for the first time.

The interface that appears when a player gets banned for the second time.

The interface that appears when a player gets banned for the third and final time.
Click an image to enlarge

The Trial Announcer gave players the Pitchfork of vigilantism and the Pitchfork of justice upon request, saying: "Since we have squashed so many bots in the last few months, we have decided to give everyone the rewards."

Players previously had to vote on punishments to gain rewards, receiving items and emotes in order:

The Claw of the Ban.

The Claw revealing a bot for what it really is, removing its disguise.

A bot being pulled from the earth, having its feet removed, and getting banned.

The right-click option of a "player" accused of botting.

A bot about to get punished.
Click an image to enlarge

Concept art of one of the possible punishments. 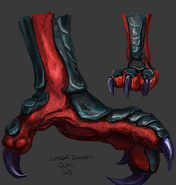 The dragon claw that catches bots. 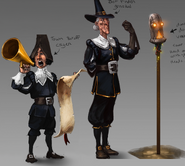 Concept art of Botfinder General.
Click an image to enlarge

The hand of justice picking up a bot and crunching it.
Retrieved from "https://runescape.fandom.com/wiki/Botany_Bay?oldid=28025233"
Community content is available under CC-BY-SA unless otherwise noted.