He has been in the wars. 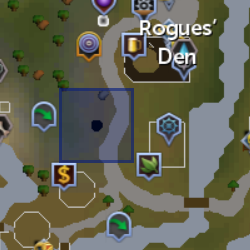 Cannot be found after Wolf Whistle

Bowloftrix is a druid, assistant to Pikkupstix, located in Taverley, that is involved in the quest Wolf Whistle. During the quest, he was kidnapped by trolls who wanted to eat him so that they would be ready for an invasion. He is rescued by summoning a Giant wolpertinger to scare the trolls away. He is then seen shortly afterwards in a cutscene with Scalectrix.

Retrieved from "https://runescape.fandom.com/wiki/Bowloftrix?oldid=24923455"
Community content is available under CC-BY-SA unless otherwise noted.