• A fresh-faced and innocent priest.
• The priest of Witchaven. 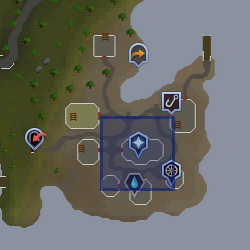 The Slug Menace, Salt in the Wound

A not so fresh-faced and innocent priest.

During The Slug Menace quest he is given a welcome to the 'family' by a unknown character, possibly Mayor Eustace Hobb and becomes possessed by the sea slugs. He disappears after the quest along with Col. Jake O'Niall and the mayor.

During Salt in the Wound, he makes an appearance and is seen at the final chamber and is manipulated by Kennith to open the gate up. He is free from Sea Slug mind control, along with most of the Witchaven citizenry after Mother Mallum is killed and can be found in the Witchaven church.