The head secretary of the Brown Engine mining company. 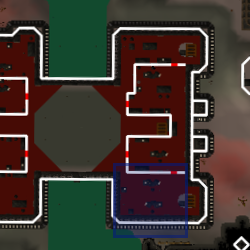 The Brown Engine Secretary is the head secretary for the Brown Engine mining company, one of the eight companies that form the Consortium and rule the dwarven capital of Keldagrim.

The secretary assists the Brown Engine Director, who manages the company. The secretary ensures that the director is not overburned by paperwork, and also helps to manage smaller affairs such as greeting traders and shooing adventurers out of the company's office.

The secretary also plays a role during The Giant Dwarf. If the player wishes to join the company, they must first run a series of errands for him, which revolve around retrieving ore in a short amount of time. After the quest is complete, players may also receive minitasks from him. If completed, they will be rewarded with either Mining experience or coins.

It should also be noted that he will not allow women to join the company.

Retrieved from "https://runescape.fandom.com/wiki/Brown_Engine_Secretary?oldid=24563049"
Community content is available under CC-BY-SA unless otherwise noted.