• Cabbage... yuck!
• Fighting for the right to paaaaaaaaarty...hats. 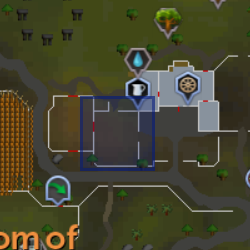 Fighting for the right to paaaaaaaaarty...hats.

Cabbages are characters involved in the Gower Quest. At the beginning of the quest, three cabbages led by Crispy may be seen at the Gower farm, rioting for pink partyhats. Later on in the quest, four members of the Cabbage Revival acting company may be found seated in Behind the Scenes. These cabbages must be spoken to in order to get Guthix an acting job.

All of them require a cabbagespeak amulet to understand.

Retrieved from "https://runescape.fandom.com/wiki/Cabbage_(NPC)?oldid=20093933"
Community content is available under CC-BY-SA unless otherwise noted.