The Capes of Distinction

The Veteran cape had a guaranteed content poll to determine its appearance.[3]

Any and all Capes of Distinction could be stored on any cape rack in the player's costume room when they were first released. However, due to a hidden update, the same rules now apply to these capes as for Capes of Accomplishment. 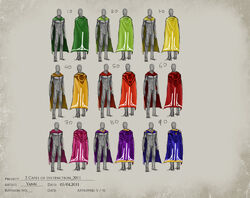 Concept art for the milestone capes 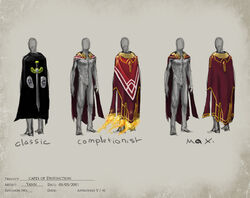 Concept art for the Classic, Completionist and Max capes
Click an image to enlarge

Retrieved from "https://runescape.fandom.com/wiki/Capes_of_Distinction?oldid=20728810"
Community content is available under CC-BY-SA unless otherwise noted.