Start a Wiki
For other captains, see Captain (disambiguation).

A ship captain, wandering around the port. 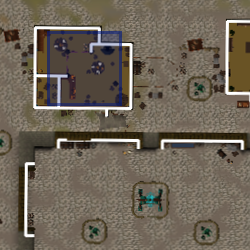 Captains are people who appear in Surula's pub in John Strum's private port during and after the player-owned port tutorial. A ship must have a captain before it can go on a voyage. Until a captain has been assigned to a ship, crew cannot be assigned to it and previously assigned crew will not be shown. Each ship may only have one captain assigned to it. They have a random name, appearance, personality, and their clothes can be customised once hired.

Base stats, specialities and traits

Captains have base stats determined by their quality, sometimes referred to as their "tier". For the first 4 tiers, their base stats are the same for 3 stats while a fourth stat, their "speciality", will be approximately double that value. The player starts with a free captain of the lowest quality. The first two tiers of captains are available immediately, but additional tiers of better, more expensive, captains become available as more areas are unlocked. In addition, captains will gain levels as they are sent on voyages, which will raise their stats over time. Captains, as other crew, can also have traits which affect their stats. See the article on Captain and Crew traits for more information.

Some high-level bar upgrades increase your chance of attracting captains with particular specialities. These are not available until the Bowl region has been unlocked.

Earning experience and levelling up

As captains are sent out on voyages, they earn experience towards gaining levels, which in turn provide higher stats, up to level 10 when the captain will have achieved maximum stats, capped at double the base stat before any adjustments are applied. The simplest way to determine a tier or quality of a captain is based on the initial cost to recruit. Once a captain is recruited, the player must check the captains stats, and subtract all boosts from the current total to determine each base stat. Once the initial cost of the captain, or the captain's base stats are known, they can be compared to the chart below.

When comparing two captains, it is important to consider that a level 10 captain originally recruited for 10,000 chimes from the Hook region (Tier 4) will have higher stats than the base (level 0) stats of a new Shield-region captain (Tier 5), costing 35,000 chimes. However, the higher tier captain, after earning a few levels, will soon surpass the cap of the previous tier captain. Therefore, it may be worth considering dismissing a lower-tiered level 10 captain with maximum stats, in favour of a higher tiered captain, despite the initially lower stats.

The tables below will help to determine what tier a players' captains are at any level, in order to make decisions regarding dismissing or recruiting captains easier.

In addition to their basic statistics and traits, each captain's personality is listed under their traits. These do not seem to affect gameplay, but they do affect the appearance and dialogue of the captain. The personalities are:

Captain names are generated by using a combination of a forename (or nickname) and surname (or title). Captain names do not appear to be tied to appearance or stats, so are purely cosmetic. Often, both are references to famous pirates and ship captains from real life and fiction. Below are the current lists of possible forenames and surnames, which can be used in any combination.

Retrieved from "https://runescape.fandom.com/wiki/Captain_(Player-owned_port)?oldid=24565150"
Community content is available under CC-BY-SA unless otherwise noted.