Outside of the Tree Gnome Village 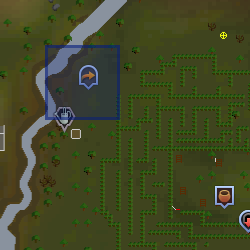 Captain Belmondo is a gnome glider pilot. He is the husband of Golrana and the father of Golrie.

During the Prisoner of Glouphrie quest, he apologises to Bolrie for not asking him if he could take Golrana's hand in marriage, but Bolrie comments that he is a very well-mannered gnome, showing he does not mind.

After the quest, he convinces King Bolren to allow gliders to land near Tree Gnome Village, allowing the player to take a glider there.

Retrieved from "https://runescape.fandom.com/wiki/Captain_Belmondo?oldid=24564224"
Community content is available under CC-BY-SA unless otherwise noted.