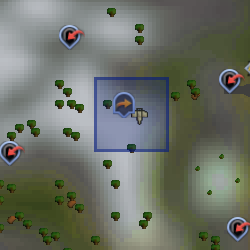 Captain Bleemadge is the gnome glider pilot stationed at the top of the White Wolf Mountain (Sindarpos). A player may ride on his glider to the Grand Tree.

During One Small Favour the player must make him some guthix rest to warm him up.

He is also a hard customer of the minigame Gnome Restaurant but does not give any special rewards such as gnome scarves or gnome goggles.

Retrieved from "https://runescape.fandom.com/wiki/Captain_Bleemadge?oldid=24562817"
Community content is available under CC-BY-SA unless otherwise noted.