This track unlocks during Castle Wars, fighting for Saradomin. 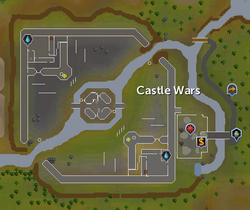 [view] • [talk]
Castle Wars is a music track that is unlocked while playing Castle Wars for the Saradomin team.

Retrieved from "https://runescape.fandom.com/wiki/Castle_Wars_(music_track)?oldid=21393500"
Community content is available under CC-BY-SA unless otherwise noted.