It's a village kid. 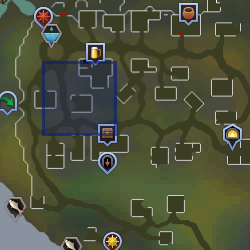 Catalina is a young girl that lives in Burgh de Rott, a small human settlement in southern Morytania, not far from the border of the Sanguinesti region.

Catalina is amongst those few that have managed to avoid being brought to the ghetto of Meiyerditch by vampyres, where countless prisoners are farmed for blood on a rotational basis. Catalina wants to escape her ruined town and travel to Paterdomus, the temple on the River Salve. Once there, she could travel to Misthalin and its capital city, Varrock.

She disappears after The Branches of Darkmeyer the day after Vasile goes missing, causing Amelia to note that her friend Catalina has now gone missing too. A missing person poster appears for her on the western wall of the Burgh De Rott pub, which reads "Missing: Catalina - lost while playing hide and seek."

Retrieved from "https://runescape.fandom.com/wiki/Catalina?oldid=24563556"
Community content is available under CC-BY-SA unless otherwise noted.