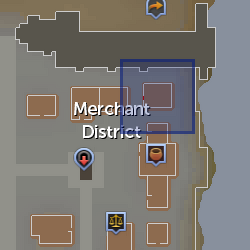 Catsanova is a cat found in Menaphos. He can be found in the house in the north-east corner of the Merchant district. The house can be accessed with tier 5 reputation with the Merchant faction.

He gives additional dialogue if the player is wearing a catspeak amulet or a cramulet. When spoken to, he thanks the player for helping him escape the father of one of his lovers.

Before being found and petted
Currently wooing a whole lot of trader cats.

After being found and petted
Runner-up in the 'Most Prolific Kharidian Lover' contest, behind Ozan.