Start a Wiki
OSWP
This article is about the NPC found at the Enchanted Valley. For the race as a whole, see Centaur (race).
Loading...
MaleFemale 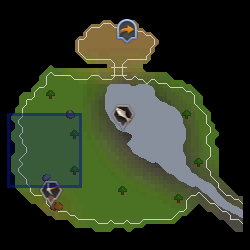 Centaurs are a race of part human, part unicorn creatures that reside in the Enchanted Valley (code BKQ), a place accessible only through the use of the fairy ring transportation system. They play a very minor role in Fairytale III - Battle at Orks Rift, where the player can ask for information about the ork that temporarily resides in the location. When spoken to, they say things such as, "Strange creature, you only have two legs."

Retrieved from "https://runescape.fandom.com/wiki/Centaur?oldid=24562582"
Community content is available under CC-BY-SA unless otherwise noted.