Head of the Carnillean household. 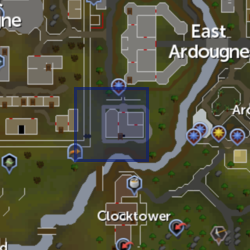 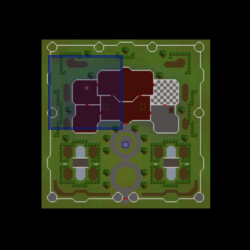 Sir Ceril Carnillean is a wealthy and famous nobleman in East Ardougne, and is the head of the Carnillean Family, a noble family whose ancestors drove Hazeel from power in the late Fourth Age. Carnillean lives south of Ardougne castle in Carnillean Mansion with his wife, Henryeta Carnillean, and their spoiled son, Philipe Carnillean.

Ceril and the Carnillean family feature heavily in the Hazeel Cult quest, where he is having issues with "crazy" cultists breaking in and that some of his family's armour has gone missing, and asks the adventurer to find it for him. Prior to the start of this quest, Ceril had another butler called Higson, who died in his sleep after following them to the cultists' hideout. After Higson's death, another butler appeared immediately, who called himself Jones. Ceril did not think of anything suspicious and hired him.

If the adventurer helps Ceril, they will find that Butler Jones, is part of the cult and tells him about it. They are unable to find any proof at first, so Ceril dismisses them as a scoundrel and demands them to leave their mansion. The adventurer eventually brings more solid proof to Ceril, who then has Jones arrested for attempted murder. He then apologizes to the adventurer for his harshness and compensates the player.

Regardless if the player helps or hinders him, after the quest, Jones quits and Ceril finds a new butler, called Butler Crichton.

Ceril and the Carnillean family also feature heavily in the Carnillean Rising quest, where he tried to hire the renowed adventurer Xenia, who denied his offer. The adventurer passed by again and he explains to them that he and his wife are getting old, and that they need to have Philipe mature to represent the Carnillean household. The adventurer sets up Ceril's quest, but when they bring Philipe down, they encounter an unusually large wolf that attacks them. Philipe defeats the matriarch and after the "quest" is finished, Ceril is informed of the wolf. He is surprised why the adventurer would place something dangerous inside, but Crichton assures him that it was not there when they were completing it. Ceril later thanks the adventurer for making their son mature and informs them of his whereabouts when possible.

Ceril's opinion on Xenia
Retrieved from "https://runescape.fandom.com/wiki/Ceril_Carnillean?oldid=24562452"
Community content is available under CC-BY-SA unless otherwise noted.