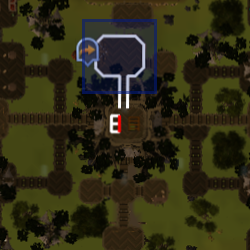 Charlie is a man held prisoner for allegedly trying to poison The Grand Tree. He is held in the cell at the top of the Grand Tree.

He was hired by Glough to act as a deliveryman, such as transporting gold to the Ship Yard[1] and transporting Daconia rocks from Hazelmere to the Grand Tree, and had been doing so for some time before he was imprisoned.[2] Glough denied this and used Charlie's possession of the rocks to convince King Narnode Shareen that the humans planned to invade.[3] He was later released when Glough was caught with the rocks.

Retrieved from "https://runescape.fandom.com/wiki/Charlie_(prisoner)?oldid=25382738"
Community content is available under CC-BY-SA unless otherwise noted.