Orders around other zookeepers. 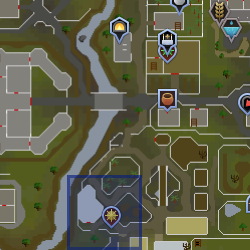 The Chief Zookeeper is the head of the Ardougne Zoo. He plays a small role in the quest Hunt for Red Raktuber.

When Larry claims that he sees a giant penguin footprint in Witchaven, the Chief refuses to believe him, and puts Larry into a straight-jacket. Larry enlists the help of an adventurer to help him clear his name and prove his sanity.

After the quest, the Chief is no longer seen within the Ardougne Zoo.

Retrieved from "https://runescape.fandom.com/wiki/Chief_Zookeeper?oldid=24927864"
Community content is available under CC-BY-SA unless otherwise noted.