Start a Wiki
OS
This article is about the golem found at Uzer. For the golem involved in Dealing with Scabaras, see Clay golem (Ullek).
Loading...
BrokenDamagedRepairedShadow of the Storm

An animated clay statue with a lot of clay missing. 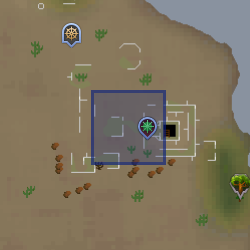 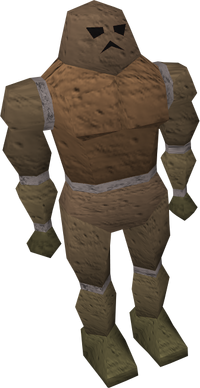 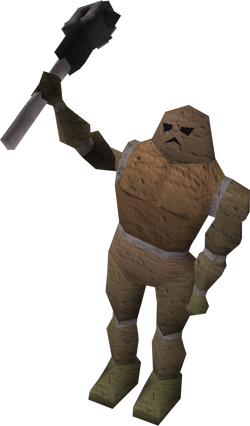 The clay golem is a golem found in the remains of the ruined city of Uzer, and is the last surviving life-form there. It starts The Golem quest, and also has an important role in the Shadow of the Storm, in which it helps the player by replacing one of the cultists who was killed with the re-summoning of Agrith-Naar, allowing the player to kill the demon.

The golem is one of the last survivors of its race (though there are a few other golems found in Ullek and the Uzer Mastaba), as they were wiped out in the God Wars by the Elder-Demon Thammaron, a commander of Zamorak, and his armies. This clay golem was part of an army of clay golems that were created to fight in the Battle of Uzer, mortally wounded Thammaron, who later died of his injuries in the Infernal Dimensions, though all the other golems, Uzer itself, and the human inhabitants of the city, were killed in the battle.

Remarkably, the Golem survived the battle and remained in the city of Uzer for thousands of years, until the settlement became visited again in the Fifth Age. A famous adventurer discovered the golem, which was badly damaged from years of being exposed to the sun and sandstorms of the Kharidian Desert. After repairing the golem, which still believed it had to kill Thammaron, and writing a scroll and placing it in the back of the golem's head, the adventurer made the golem understand that its mission had been completed. Despite the city being destroyed, the golem holds little regret in the city's destruction stating how golems don't really care much about aesthetics.

It soon saw action again when the adventurer lures out Agrith-Naar from his dimension as it was used along with several Saradomists to summon back the demon to slay it for good.

Retrieved from "https://runescape.fandom.com/wiki/Clay_golem?oldid=24921229"
Community content is available under CC-BY-SA unless otherwise noted.