Outside the entrance of Death's office

A writer of ghostly tales. 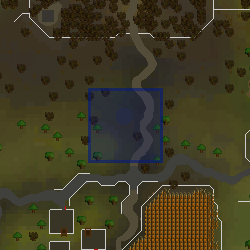 Closure is a ghost featured in the 2017 Hallowe'en event.

He was a friend of Harold, and made a promise to document his friend's life after Harold died. As more people began passing over to the next world, Closure decided to tell their lives' stories as well. He enjoyed the work at first, appreciating the variety and differences in every person's life. However, the variety began to wane after Closure started to become overwhelmed by the sheer number of lives to write. After Closure died, Death asked him to continue documenting the lives of every person, which Closure agreed to do despite having grown resentful of the promises he had made.

After thousands of years, Closure realised that the existence of all life itself would eventually end. He came to believe that after he finishes documenting the final person's story, finally fulfilling his promise, no one would remain to write his own, nor would there be anyone left to read it. He resigned himself to an endless, hopeless existence, forever alone.[1]

Retrieved from "https://runescape.fandom.com/wiki/Closure?oldid=24605682"
Community content is available under CC-BY-SA unless otherwise noted.