A familiar sight on Whale's Maw. Fishermen often throw small morsels at them to distract them from the main catch. 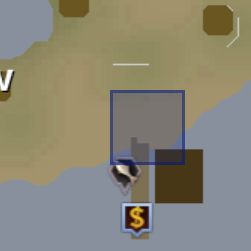 Crested Sillago Snatchers are birds that may occasionally be found on Whale's Maw, above the east docks, by The Whaler (Hubbub). They spawn on Mondays, at 00 and 30 minutes past every hour, and leave after 6-10 minutes. However they do sometimes appear at other times instead of the expected time stated before.

Retrieved from "https://runescape.fandom.com/wiki/Crested_Sillago_Snatcher?oldid=24565677"
Community content is available under CC-BY-SA unless otherwise noted.