This article is about the NPC. For crocodiles, see Crocodile.

Back to the Freezer 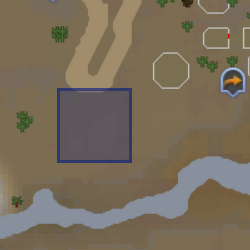 Croc is a crocodile involved in the Back to the Freezer quest. He can be found by Dundee's camp alongside Dundee, and can be spoken to when wearing the Crocspeak amulet.

Croc knows Chuck, as he used to be enclosed in Ardougne Zoo, but one day escaped when his keeper was feeding him.

If asked about his colour, Croc suggests that the changes in climate he experienced have affected his skin.