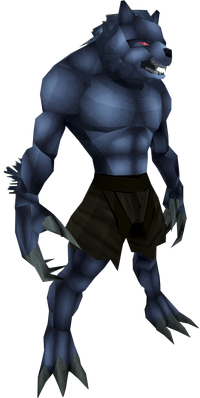 Daniel appears during the 2017 Hallowe'en event. Daniel turns out to be the werewolf when accused, and is needed to carry on the story.

Retrieved from "https://runescape.fandom.com/wiki/Daniel?oldid=24615614"
Community content is available under CC-BY-SA unless otherwise noted.